“We must do everything possible to prevent the American marketplace from being flooded with imports manufactured by workers laboring without human dignity and individual rights,” the members wrote. “The Administration must refrain from validating such woefully inadequate labor norms and the final agreement should be withheld until these countries embrace the need to reform their labor laws and move aggressively to implement them.”

Reports from the Departments of Labor and State show major abuses of human and worker’s rights in the aforementioned countries, including: forced labor and child labor; pregnancy and gender-based discrimination; health and safety hazards; excessive working hours; and inadequate wages. The representatives are asking for significant structural and measurable changes to address these offenses in a meaningful way before a final TPP agreement emerges.

Read the full text of the letter below:

As you know, protecting the rights of working people in the United States and abroad is a key priority for us in developing American trade policy. For this reason, we were very alarmed by the recent AFL-CIO report, “Making the Colombia Labor Action Plan Work for Workers,” which detailed ongoing abuses of worker rights in Colombia. We believe that it is crucially important that you take action to ensure better outcomes in our ongoing negotiation of the Trans-Pacific Partnership (TPP), particularly in countries that have lengthy histories of denying workers their rights, such as Vietnam.

“Making the Colombia Labor Action Plan Work for Workers” contained a number of troubling findings, including that the LAP has not eliminated or significantly reduced violence against unionists, that illegal and abusive forms of subcontracting persist, and that little has been done to sanction employers for violating laws designed to protect the right to organize and bargain collectively. Given how important the goals of the LAP are, we believe that more work must be done to effectively monitor progress in achieving them and in evaluating measurable outcomes that demonstrate effectively where progress has occurred and where additional work is needed. Yet, as important as enhancing monitoring and enforcement in Colombia is, it is also critical to ensure that ongoing TPP negotiations lead to improved outcomes for workers in the TPP based on basic labor rights and human dignity.

In this context, we were alarmed by recent reports in Vietnamese media that Truong Dinh Tuyen, the former Vietnamese Minister of Trade and current senior advisor on international negotiations, said that Vietnam would not accept a TPP requirement that workers be allowed to establish independent labor unions, but would instead accept a compromise that devolved some power to local unions.[1] While we are pleased to see that Vietnamese officials are beginning to realize that continuation of the country’s flagrant violations of core labor standards—which has been documented at length by the Departments of Labor and State—is unacceptable, we were concerned that Mr. Tuyen seems to believe that halfway measures will be adequate. That is not the case. All TPP member nations, including Vietnam, must fully comply with TPP labor obligations, including those related to freedom of association and collective bargaining.

In countries like Vietnam in which workers have faced extraordinary abuses, there must be binding and enforceable plans to bring those countries’ laws and practices into compliance with TPP labor requirements. Those plans must be made public, and the changes to the laws and practices must be fully implemented, before Congress takes up TPP for consideration, while trade benefits granted by the agreement must be contingent on the plans’ continued implementation. In countries such as Vietnam, where the labor regime must be substantially transformed, an additional mechanism is needed to link those benefits to Vietnam’s regular demonstration of the effective enforcement of its new law laws.

It is clear that Vietnam, in particular, must do substantial work to achieve a minimally acceptable level of respect for workers’ rights for a trading partner of the United States. Vietnamese law requires that all unions in the country be affiliated with the Vietnam General Confederation of Labor, which describes itself as “a member of the political system under the leadership of the Communist Party of Vietnam,” and in so doing violates workers’ rights to form and join independent labor unions of their own choosing. Meanwhile, the Department of Labor lists Vietnam as one of just four countries where there is reason to believe that garments might have been produced by forced or indentured child labor.

Three other TPP countries also appear to be home to violations of core labor standards that merit binding compliance plans to ensure that they are in accordance with international labor standards. In Malaysia, the Department of State reports that rights to freedom of association and collective bargaining are “severely restricted,” including prohibitions on union membership by workers in several sectors, significant limits on the right to strike, and governmental interference in union registration.  The Department of Labor lists the country as a source of garments and palm oil which it has reason to believe are produced with forced labor, and the Department of State notes that sources reported occurrences of forced labor in a number of industries, including agriculture, fishing, electronics factories, construction, and others.  In Brunei, concerns about freedom of association also persist, including Department of State documentation of a prohibition on strikes and a failure of the law to protect workers who face dismissal related to union activities.  The Department of State also found lax enforcement of protections of foreign workers, including “credible reports” of migrant workers “paying the equivalent of two months’ wages to fictitious employers to obtain labor passes.” Brunei also just recently adopted Sharia Law, with penalties that include flogging, dismemberment, and stoning, raising much broader human rights issues, as well as basic concerns about sex-based discrimination in employment.  And in Mexico, the Department of State notes that protection unions, and the protection contracts they sign, “continued to be a problem in all sectors, and many observers noted that a majority of workers in unions belonged to unrepresentative unions.”  These issues must be addressed in a serious and meaningful way in order for the TPP to move forward.  We must do everything possible to prevent the American marketplace from being flooded with imports manufactured by workers laboring without human dignity and individual rights. The Administration must refrain from validating such woefully inadequate labor norms and the final agreement should be withheld until these countries embrace the need to reform their labor laws and move aggressively to implement them.

As such, we believe that it is critically important that the TPP provide for an enhanced framework for protecting workers’ rights to help ensure that the agreement benefits the middle class in this country and protect the rights of workers of our trading partners. In the particular cases of the four countries mentioned above, strong, enforceable plans are needed in addition to robust and fully enforceable labor provisions in the TPP text to achieve that outcome and to ensure compliance with international core labor standards.

Thank you in advance for your consideration of our views. We look forward to your response. 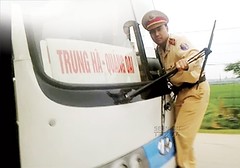 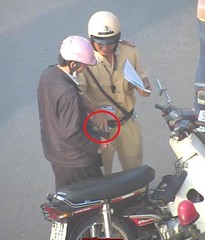 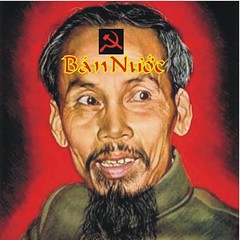